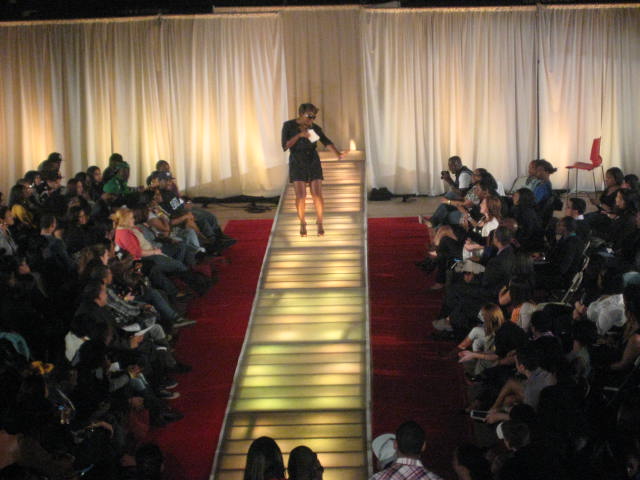 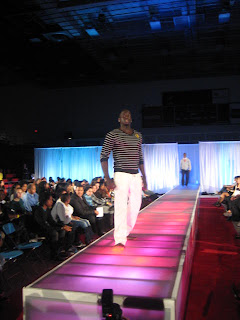 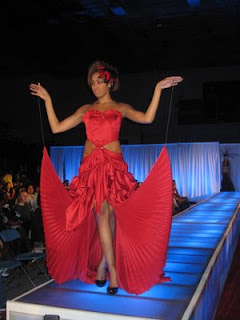 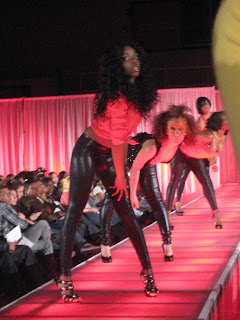 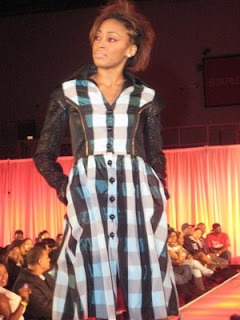 The S7ven Fashion Show at St. John's University highlighted a night filled with students in the spotlight as models and designers.

Hosted by Toccara of America's Next Top Model, the show's theme was to showcase the seven deadly sins in different designs with portions of the proceedings going to the organization Designers Against Aids.

Energy filled the airwaves and the runways as Beyonce's "Diva" provided the soundtrack for glittered four tiered multi-colored tutus, two-toned mini dresses with the heels to match. Occasionally a dance troupe would introduce some of the designer lines.

The last portion of the night consisted of the men's collection in which Things Allure took stage with cargo pants, cargo shorts and suspenders.

The M Report caught up with the main designer from House of Dumarsh about his pieces for the Envy portion of the show.