It was a night of pure Houston magic when rapper Ingrid celebrated the release of her latest EP 'Trill Feels.'

Ingrid, the Houston-bred turned Brooklynite rapper, hit the stage at 10 p.m. and covered a few songs off her debut album, including the cover song 'Flex' which features R&B artist Sevyn Streeter on the hook.


She's paving her own lane as an artist with her unconventional style and delivery. But don't be fooled by her demeanor because she is the sweetest and trillest at the same d*** time! The EP is a full-fledged Houston anthem with artists like Kirko Bangz and Devin The Dude on the tracks. Not shy to represent her roots when she calls out Third Ward on 'Flex' which is a familiar roll-call as her record label/mentor/friend Beyoncé does on most occasions.

Be sure to check out the full EP below.  (Disclaimer: explicit language)

Click 'Read More' below for more pictures from the event

"All that is necessary for the triumph of evil is that good people do nothing," Parker said.

Forty-nine club-goers in Orlando were gunned down in what was considered a hate crime against the LGBT community. At one point during the vigil, every victim's name was read while pausing for a moment of silence.

Religious leaders from the Christian, Jewish and Catholic community also spoke about the importance of unity and overcoming hate.

For one attendee, the reason she gathered among strangers tonight was for something bigger than her belief.

"I am not gay but I have a ton of gay friends, so I came to support them," Annie said as she carried a candle in her hand.


Click "Read More" below to see pictures from the vigil 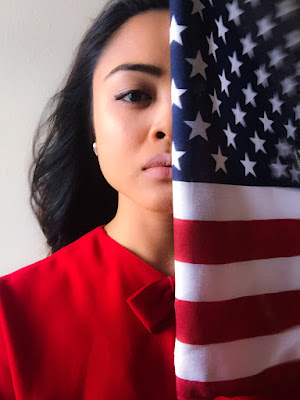 I have been reading a book entitled "The Latinos of Asia" about how Filipino Americans break the rules of race. In trying to understand a concept that is sometimes blinding, sometimes quite blurry, I flipped through the pages and finally someone explained as clear as day how our 'history' painted the pages of our 'today.'
I learned that an old Filipino saying tried to summarize our history when it stated that "the Filipinos have spent 300 years in the convent and 50 years in Hollywood." Being colonized by the Spanish Empire, I now understand how our words are shared with theirs - from last names of Hidalgo to Fernandez, or the names of our food, from empanada to chicken adobo.

I see why our people know English so much more than our Asian counterparts due to the American colonization. You know I always wondered why my Lola (grandmother) didn't drill in me our native tongue, Tagalog, enough that I could say I'm trilingual today. Lola made sure my English was grammatically correct and proper, that I crossed my 'T's and dotted my 'I's (thanks Lola, I love writing because of you and because memories of Lolo speaking in the Philippines as a public speaker).


For me, right now it means that thanks to my father's patience, I am starting off at the very bottom so that maybe I can reach a certain peak that would make my ancestors proud. Yep, I'm learning the alphabet and boy oh boy is it challenging (I'm stuck on the letter N - 'na' versus 'nga' and 'ng').