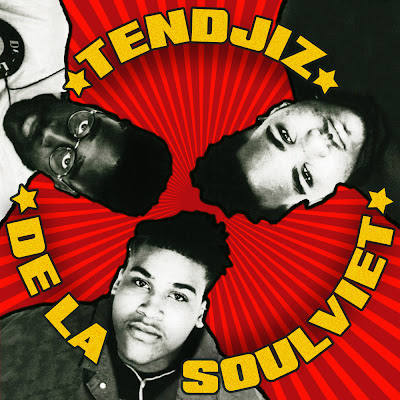 Da Vinci had The Sistine Chapel. Dostoevsky had The Brothers Karamazov. Einstein had revolutionary theory. The success of such ingenious creators of intelligent masterpieces are sometimes gauged upon that one particular piece or creation. As for producer/sound engineer, DJ Tengiz, his take on matching interesting sound bites from Russia to the masses of hip-hop and beyond are as revolutionary as Tsereteli himself.
On the surface, De La Soulviet itself can come across as just another remix refreshing the hits of the hip-hop pioneer group De La Soul by some self-proclaimed producer who sits at home with their digital audio workstation. But what you might not know is that DJ Tengiz brings to the plate an opportunity to hear how incorporating Soviet jazz and soul music to a hip-hop sound sees no borders . The M Report got to know more about the mastermind and his latest release De La Soulviet.