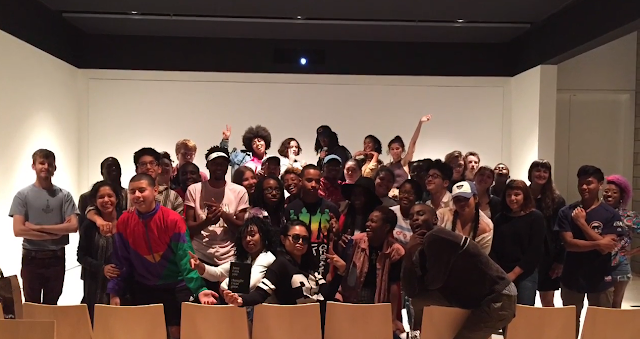 Chicago - Poets, lyricists, singers, musicians and even fashion designers came together to showcase their talents to the public for one night. Except most of these artists would probably have trouble getting into a 21-and-up venue, merely small problems in the lives of the young and talented.

By the end of the night, collaborations between different avenues of creativity mashed together forming a brotherhood and sisterhood of artists.

The M Report caught the sights and sounds of what they had to say.

Where do we as a society draw the fine line between transparency and civil rights for the sake of the community? I understand change has occurred because of the release of the Laquan McDonald video (i.e. certain police leaders stepped down from their positions). But dare I ask, what benefit does it do to the community? Help me understand.

I imagine it's because of the years and years of sweeping the shootings under the bed of politics that the uncivilized use of force broke the camel's back a long time ago and so the time has come for the public's right to know.


It was jarring just to watch the shooting of the Virginia reporter and her cameraman that was aired on live TV last year. Remember how many times it was on auto-replay on Twitter? I do.

But if that is the same cause-and-effect mentality as if to produce shocking revelations for change, I understand to a point.

Rehashing the pain of those lives lost almost seems like it re-buries that person and in many cases multiple peoples' lost dignity over and over again each time it plays.