The Other Side of the Gallery: Conversations Around the Mike Brown Exhibit

Walk past the glass windows of Gallery Guichard on the intersection of Martin Luther King Dr. and 47th St. in the South Side of Chicago and a peculiar art piece hangs from the ceiling: a shredded Confederate flag.

The name of the nine victims who were shot in the basement of a South Carolina church during Bible study are plastered on the Confederate flag as part of a new exhibit entitled 'Confronting Truths: Wake Up!' by Ti-Rock Moore. 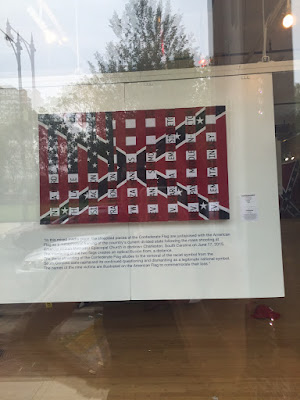 But what has caused a social media uproar is the piece recreating the crime scene of Michael Brown.

A life-sized depiction of an unarmed young man who was shot by a Ferguson, Missouri police officer is the focal point upon entering the art gallery.

"I think it's a perfect show of white privilege and other issues we're dealing with our nation today," Josh Boss, 20, a Moody Bible Institute student said. "I think she attacks a lot of key issues including mass incarceration and current events such as the Michael Brown shooting and the shooting in Charleston as well."


Step away from the crime scene tape and more than 40 other art pieces make up the exhibit.

The thread holding the pieces together since it opened in July is what artist Ti-Rock Moore wants visitors to explore: the "honest and ... acute awareness of the unearned advantage" her white skin color holds.

Mike Brown's mother was at the opening reception and had requested that the gallery cover-up the body of her deceased son. 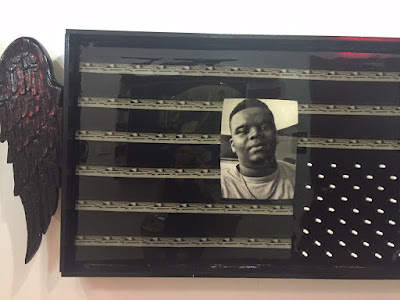 Another art piece has the paragraph "Gentrification - Doing Some Christopher Columbus Shit and Bogarting" written in white letters over a black wooden board. Next to it is a neon sign that lights up with "Strange Fruit" above a pile of nooses. 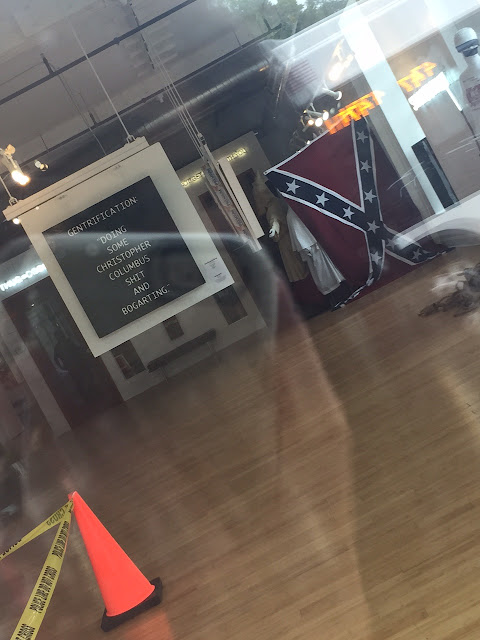 With topics such as slavery, gentrification, stereotypical slang words like "crackers" amongst others, it's hard to imagine entering through the doors of the gallery and leaving silent. 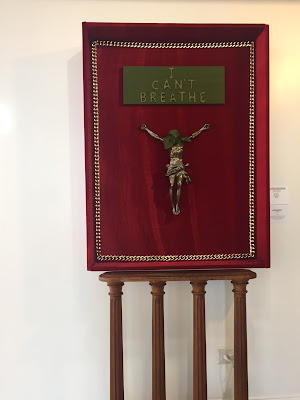 Silence is even hard to find outside.

Beyond the vacant grass lot across the street of the gallery is the Bronzeville neighborhood, an area fatigued by gun violence and gentrification.

Yet the owners of the gallery, Andre and Frances Guichard, are far from speechless since word of the exhibit has gone viral. They have hired a marketing representative to handle the public's negative response, from death threats to hate mail.

Except for a visit from Ayana Berry and her 11-year-old son Ahmad, the exhibit becomes a different kind of experience.

"I'm using this as a learning tool for him just to really understand," Berry said. "He's going to school with white kids and like I was telling him, a little over 50 years ago, that wouldn't have been possible."

The two stand in front of a modern-version of a jail cell with faceless shadows in the background. Ahmad's mother asks him what he sees.

"A black man behind bars and the bars are made of money," Ahmad said.

I asked him how it made him feel.

He pauses for a while. An eerie voice singing over her tears fills the air.

"Bad, because it's just not right," Ahmad responded.

Almost a year after the fatal August shooting of Michael Brown, the conversations a mother wants to teach her son about the world he's growing up in continues.

To see more pictures from the "Wake Up!" exhibit and others, click "Read More" below. 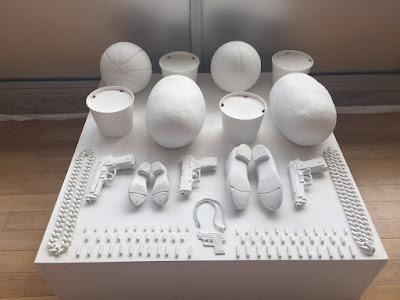 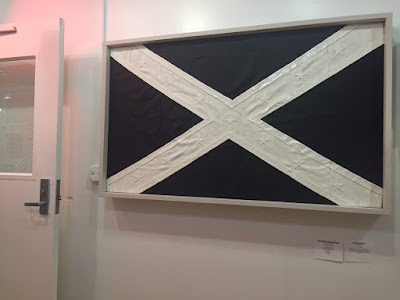 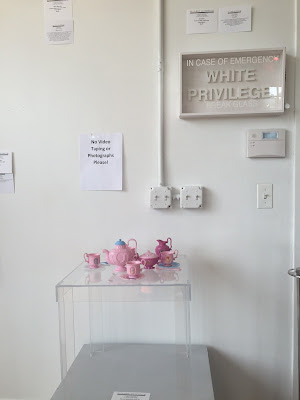 Work from other exhibits on display 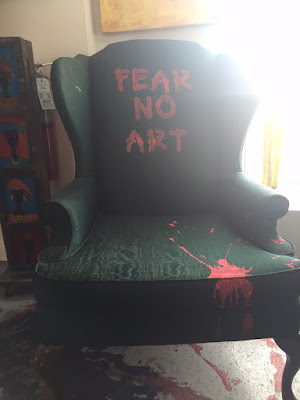 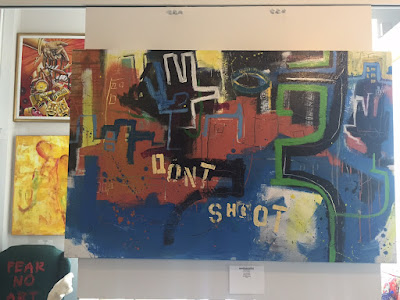 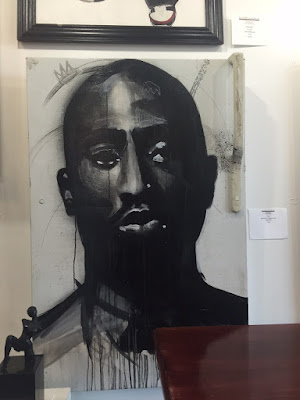 "Paint me some black angels, for all good blacks in heaven, painter show us that you care." - 'Angelitos Negros' by Eartha Kitt