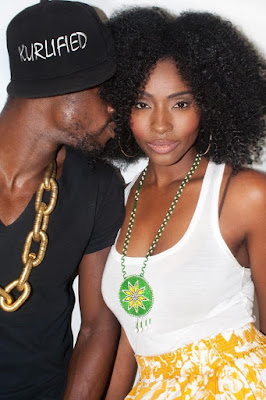 You might wonder what is the relation between some dude trying to get at me and having genuine faith.

Let me explain by setting up the scenario.


Many who really know me, know that my faith sits at the center of my foundation. But for many years, I haven't been as genuine to it as I thought I was. This is life for many of us, going through the motions and seeking truth through the trials.

Well one of my most profound trials occurred to me this year and since then, I've been a lot more bold and courageous when it comes to expressing fundamental truth with my actions. I've basically told my 'old self' to take two seats. And I promise you, this is a good thing. I hope more people can be refined through honest inspection.

Back to setting up this scenario.

I just came back to my friend's place from a weekend filled with back-to-back church events. I was minding my own business when a friend of a friend decided to knock on the door.

"Hey, so I wanted to know if you wanted to talk Catholicism, I heard you were Catholic and I'm Catholic too, so..."

I gave out a small chuckle, but not because I'm snobby, but because I just wanted to clear the fog.

Long story short, I didn't entertain the idea to talk about my faith because his intentions were far from being genuine. What's the point of speaking through a filtered ear anyways?

Instead the conversation dived into how he was pretty much removed from Catholicism by his own decision. That's perfectly fine. I find sometimes the strongest benefactors to the faith are folks who stepped away in search for truth or folks who actually came from other faiths (i.e. St. Paul, C.S. Lewis, lists of atheists etc).

Here was the problem:

He wanted to know if I would attend mass with him.

The 'Melissa' from before this path I'm on, would likely have swooned at the idea. But she is no longer here nor there. The problem with that is if he wanted to go to experience the pinnacle of our shared faith, his intentions and more importantly, his heart should desire to experience it without the deciding factor of a girl being the output of the action.

What if I never spoke to him again after that mass? Would he resent the faith even more? Would he vow to never enter a church? I don't know, but it doesn't matter.

The truth is, mass is the ultimate gift because it is Jesus offered to us. It is our heavenly banquet on earth. But with all the flowery words aside, it also means that some Sundays are not going to have you on a spiritual high, it means some Sundays you will be distracted by the homily, it might even be dull.

The intentions require genuine faith - the ability to be quenched by knowing this action fuels your spirit in a way no human (no beautiful woman or handsome man) can fill.  Because honestly, humans will fail you. I have failed others multiple times throughout my life.

In the end, that guy didn't end up having a date at church with me. Instead, he found a woman of faith who will offer him up in prayer.