"The Day After": A Personal Essay on Election Day 2016 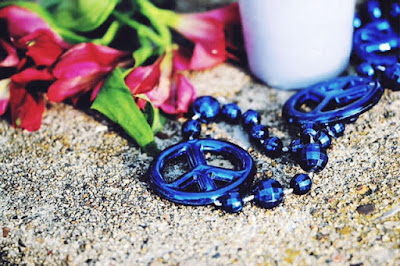 I woke up this morning praying for a miracle. Oddly enough, it was the new Snapchat filter that broke the news.

I laid in bed staring at the ceiling, paralyzed. Suddenly, my unaffectionate cat came over and cuddled next to me. How do animals ... just know?


I summoned the strength to get up and dress myself, while I thought, "Please God, I don't want to deal with a packed train or crazy commuters. It's already a rough day."

I scrolled through my news feed.  Unfollow.

I arrived to work.

In the air you overheard, "Like, what the ****? How could this happen?" being said over and over.

Others couldn't verbally talk about it. Their eyes said too much.

My colleague entered the office and some unforeseen force lifted me. Next thing I knew, my arms were around her and the tears wouldn't stop.

She said, "Every year, we pray there won't be another Holocaust. We say we won't let it happen again."

She wiped more tears from her eyes. I felt helpless.

I thought about how often young girls and women are told "marry rich" or "find yourself a rich lawyer, doctor, etc."

If young girls aren't encouraged to marry for actual values but are being taught to seek a man who is financially established, was this America's idea of marrying rich?

Today, I wondered who would grab my sisters and I by the pussy if they felt so inclined.

Today, I wondered what the response would be if the presidential candidate who boasted about sexual assault was a person of color.

I thought of the Brock Turner's of the world.

I thought of the fathers of the Brock Turner's of the world who equate sexual assault to "twenty minutes of action."

Another colleague was crying; I barely knew her.

But she looked up.

And I heard myself saying,

As she was in my arms, she said,

Related: "Why Rome Must Fall" by Michele Trizzino