Believe in Magic, Especially if It's Solange Knowles 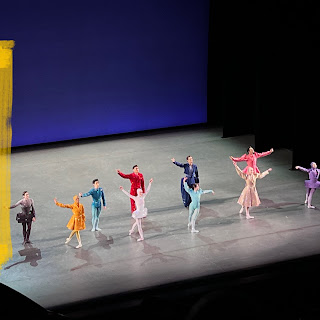 I never really believed in magic. That is, until I witnessed the New York City ballet.

I was in for quite a treat since once of my most favorite artists, Solange Knowles, was showcasing her musical prowess as the first Black composer of a ballet.

One of the first things that struck me was the ballet dancers' outfits. They sparkled like diamonds in the sun, radiating in rays of iridescent glitter. It turned out that some of the costume designs were collaborative fashion pieces made with Swarovski. We were in for a night filled with surprise. 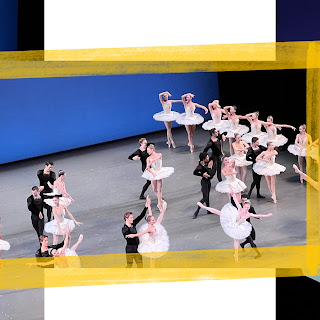 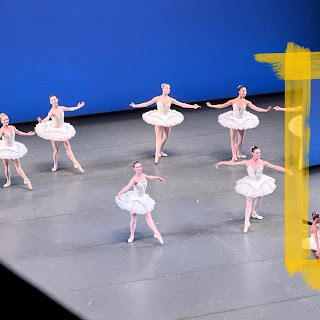 How would I describe the experience? It was a perfect combination of when classical music meets classical fashion transpired through the art of dance. Forgive my expression, but the fashion was delicious.

That's why it made perfect sense that the dress code for guests, was bite-sized NYC street style clashing with the classes. I felt like I was attending prom at Vogue. It was pure magic.

Except, this experience wasn't just any prom, it was black-excellence, art-in-motion. I mean, the feathers, the heels, the style, the champagne, the exquisite tastes. I say this as fact, not feeling: culture and style is unmatched because of black culture. They are the tastemakers, the style breakers, the visionaries, honey.

As we skipped around the streets and aisles of the Lincoln Center with the clink-clank of our heels zig-zagging across Broadway past 66th Street, I wanted to slow down time. I breathed it all in and it will forever remain in my memory bank.

For the majority of this beautiful show, the ballet dancers wore white tutus. But for Solange's piece, my oh my. It was bursts of radiant hues on the costumes, once again reflected in the light with the Swarovski crystals. I'm talking about deep purple, aquamarine, magenta just cascading across the stage in a manicured motion, set to the rhythm of the songs that were quintessential Solange.

How does one explain the songs that are the brainchild of Solo? You can't. You just understand it, you just experience it. So there we were, just experiencing her magic as the colors, the songs, the instruments, the sounds, and the emotions were all curated for our viewing and hearing pleasure.

Leaving Lincoln Center that night, I carried a renewed sense of energy, inspired by creativity on so many levels. The night belonged to New York City, which is magical, too. I took the subway back to Brooklyn kind of in awe. You wouldn't believe it, but I think I saw the actor Keanu Reeves on the train. I kept staring at him, because I thought it was someone dressing up as the character John Wick. I thought to myself, wow, this person is doing an excellent job with his costume. I was on my way to ask him a true John Wick question: if you had to fight off secret assassins on the train, what would you do? As I made my way, he got off on Union Square. To this day, I debate whether or not it was him. I did a poll on social media and majority said it was him.

File this all under a perfect New York night.