The event consisted of a collaboration between health enthusiasts (sweetgreen) and hipsters (attendees) coming together to celebrate music, food and sustainable living. Think of a "green" music festival where everything from the food (organic vegetable stands), to the venue (solar panels on the roof), and trash bins (compost "tri-waste stations") complimented the theme of the event. It was like a party honoring Mother Earth. But don't get me wrong, the food was superb: I had organic beer and crispy falafel to satisfy my hunger.

The lineup was a toss-up between artists in electronic indie pop, to rock and hip-hop on two stages. Headliners included Phoenix, Passion Pit, Yeah Yeah Yeahs to Kendrick Lamar, Gary Clark Jr., Solange and Lindsey Stirling on the Main Stage. On the "Treehouse Stage" were artists like Twenty | One | Pilots, Foxygen, Robert Delong, Holy Ghost!, and Youth Lagoon.

By the fourth act, as Karen O from Yeah Yeah Yeahs started bringing guests back to the band's 2003 hit "Maps," the skies opened and the rain started pouring. That didn't stop the crowd from making a mud pit and dancing to the raindrops. After over twenty minutes of weather intermission, the sun peeked through and it was back to the music. Kendrick Lamar hit the stage for the first time, literally, by telling the crowd he never performed in D.C. until that day. And what a day it was, as Kendrick dropped goodies from Overly Dedicated, to Section 8.0 before giving folks his more mainstream hits like "Swimming Pools (Drank)" and "Poetic Justice."

As dusk arrived, the main stage lit up to tantalize guests and cue Passion Pit's performance. Not until nightfall did Phoenix take over until the end of the show.

All in all, no regrets, thanks to my umbrella, galoshes, and waterproof plastic table covers. Nothing a little washing off and dry clothes couldn't fix. 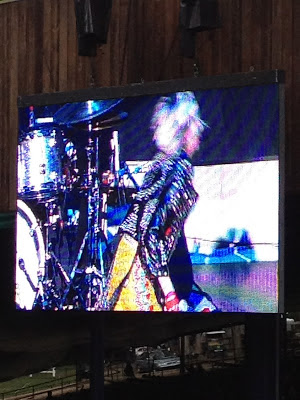 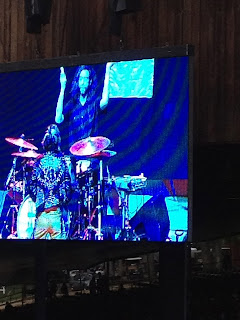 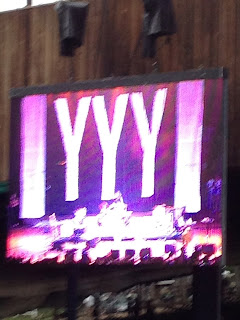 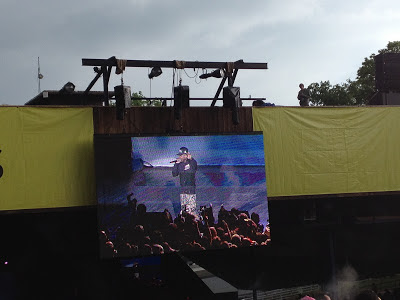 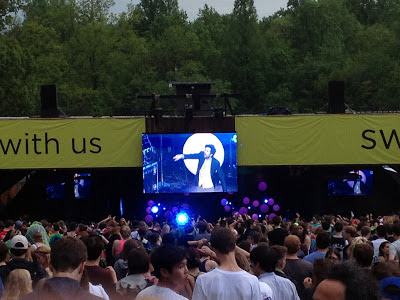 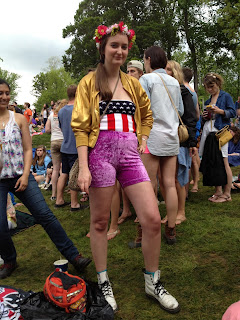 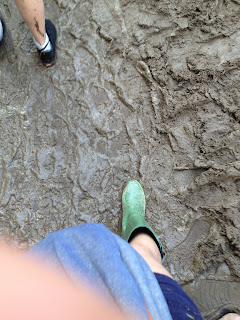 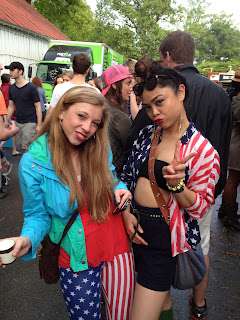 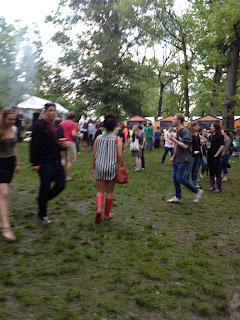 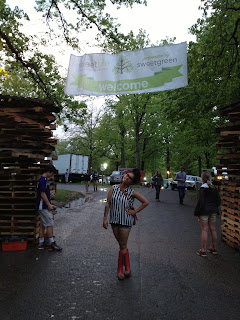 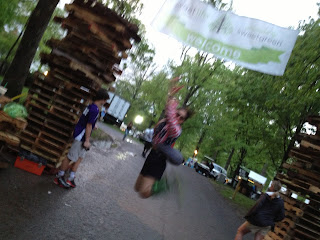