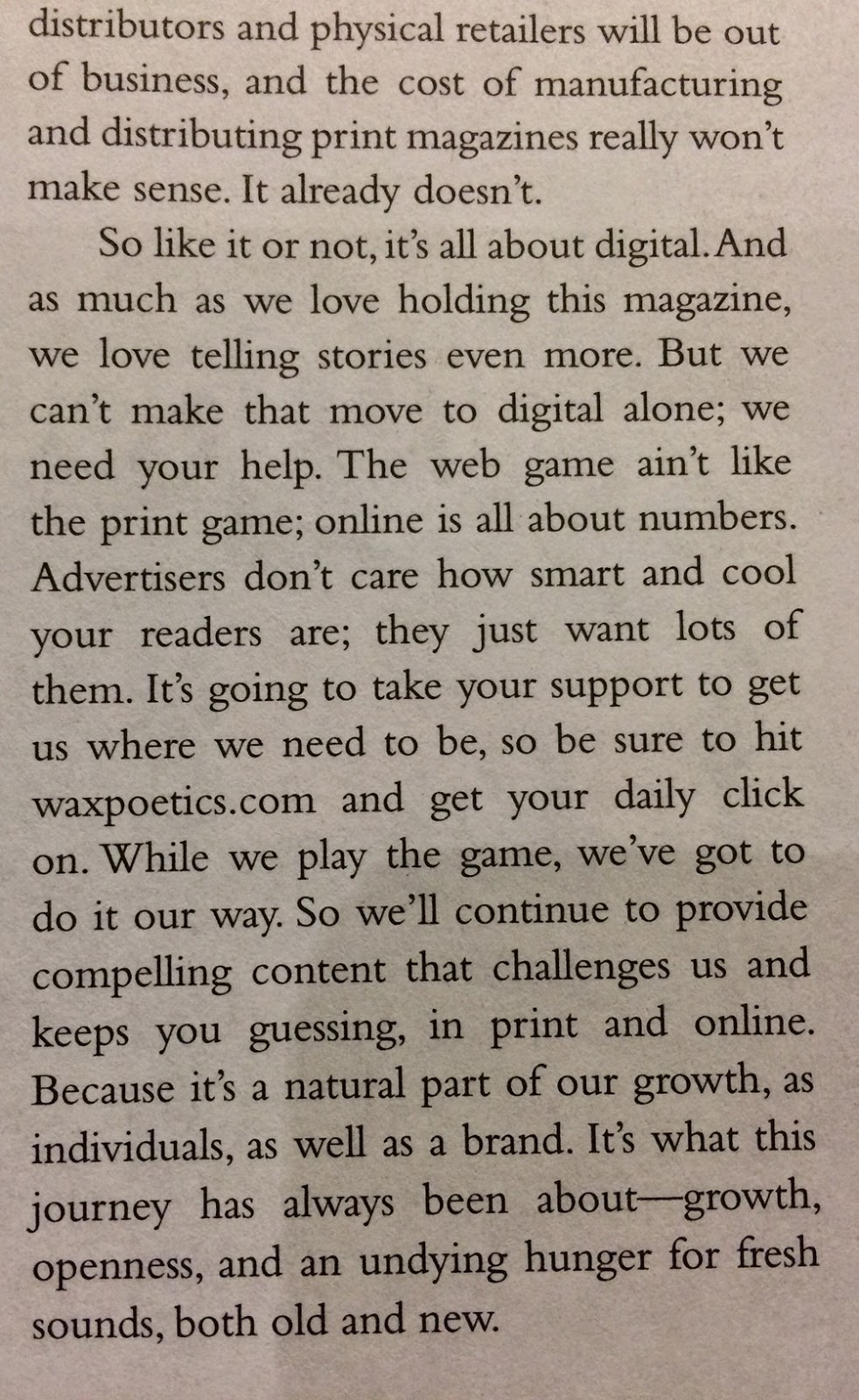 Because one day, if not tomorrow, we'll be sitting down and saying "I remember when we used to have those things called magazines."

I like the touch, feel and yes, oddly enough, the smell of used books and new magazines. The issue of Wax Poetics that I picked up caught my eye: it was a cover shot of the late Aaliyah. Her hypnotizing stare hid a beautiful voice that no longer graces the earth except through replays of her old discography. But I'd like to think her influence is timeless and I hope her true fans can agree with me on this: that Lifetime biopic completely bombed. And please don't come around saying that "at least her story was finally put out there" because not only was the storyline disappointing but so were the casted characters.

Back to my point: Magazines, for what they were worth, will always be a special part of the magic of the written word. I, for one, enjoyed seeing my byline on old magazine issues. I remember this one time when my girlfriend was living overseas and she picked up my Source Magazine article, which was pretty cool. Like physically picked it up. Guess I am pretty old school.