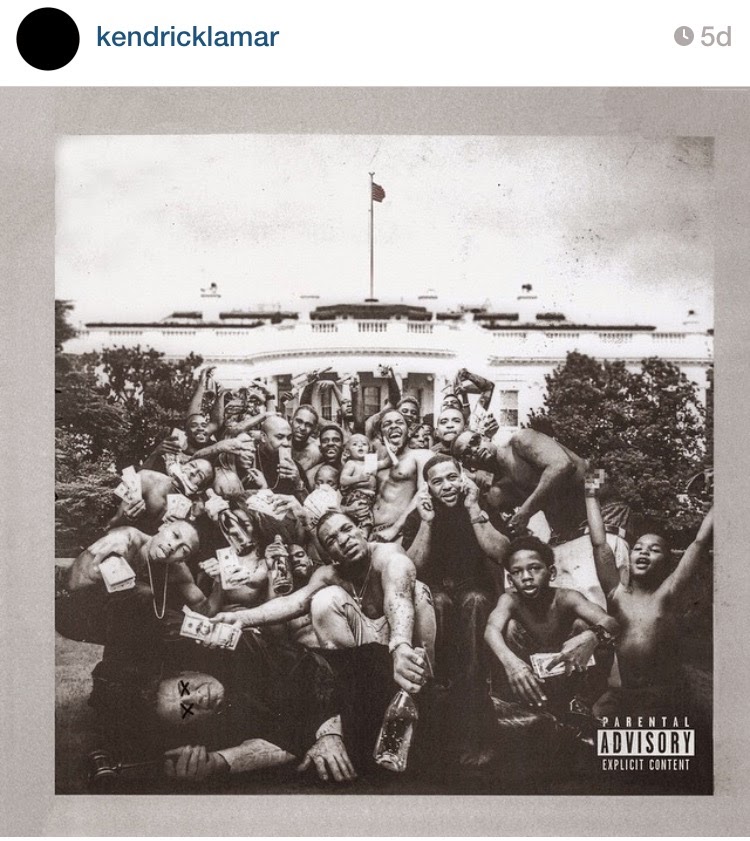 Today not only marked the release of Kendrick Lamar’s new album, “To Pimp a Butterfly,” but also the day real hip-hop made a huge push into the mainstream world. Before the album release, I was told Kendrick’s music scientifically couldn’t get better than any other album he put out. All I have to say is “F*** science!” From the beginning to the end, this album pushed Kendrick to new heights in his career.


We want the funk!

Kendrick, also known as K-Dot, decided to bring back a familiar sound that hasn’t been heard in a while. With tracks like “King Kunta” and “Wesley’s Theory,” we were taken back to the fun funkadelic-era where the groovy baseline and keyboarding played behind dope lyrics that you couldn’t help but bob your head to. To ensure that other rappers wouldn’t copy his new style, he recruited the help of the Parliament-Funkadelic legends George Clinton & Thundercat, two of the most prominent names in the P-Funk era, as well as Snoop Dogg (whose music was also  influenced by the era). Aside from boogeying down with the funk, we also got the lyrical Kendrick that leaves you wanting more - a skill that is rare to find in this day and age. The variety of styles were a great mixture that created an extraordinary album that the whole family could enjoy, even the old heads.

This album flowed better than his previous album, “good kid, m.A.A.d city”. From the first track, I knew I was listening to history being made. The message was so strong: encouraging the generation to evolve from a caterpillar to a butterfly, from ignorance to open-mindedness. “Blacker the Berry” was one of my favorite tracks. That’s because Kendrick opened every verse by stating that by the end of the song he will be a “hypocrite.” He then proceeded to list certain stereotypes against the African-American community, with the “eating fried chicken and drinking Kool-Aid on the weekend” remarks.

He ended the song with a powerful quote, “Why did I weep when Trayvon Martin was in the streets? When gang-banging make me kill a n**** blacker than me”
That song called out anyone who got upset over cops killing African-Americans, such as when neighborhood watch captain George Zimmerman shot 17-year-old Trayvon Martin in 2012. Kendrick dishes out that if the same upset individuals don’t take a stand to the gang violence in their own communities, it’s hypocritical. This song was intended to wake up African-Americans to the real issue going on in their own communities and try to put a stop to it so the rest of America won’t stereotype the culture.

The interview of the century

At the end of the album, Kendrick called upon his idol, the late legendary rapper Tupac for an enlightened conversation between the two artists at the end of “Mortal Man.” By resurrecting Tupac’s rare interview footage, Kendrick got to ask his idol questions about his views on the future of the world. Not only was it a brilliant and insightful touch to the album, the Tupac interview fit perfectly with what the whole album was about: encouraging everyone to unite and stop the violence, not only the African-American community.
Kendrick once shared that he had multiple conversations with Tupac in his dreams. This had me wondering if this conversation was identical to the dreams Kendrick had of Tupac throughout his career or if it was just another genius idea from him. Either way it was greatly appreciated from the true hip-hop fans.

Album of the year nod?

In early March, is it too soon to go ahead and crown this “Album of The Year,” especially with scheduled releases from Drake, Lil’ Wayne and Kanye to drop later this year? It’s a tough call, but we’re just going to have to wait and see.


I know one thing: if Macklemore or Iggy Azalea take home a Grammy and Kendrick doesn’t, we might all have to agree with Kanye when he said “if they want real artists to keep coming back, they need to stop playing with them.”