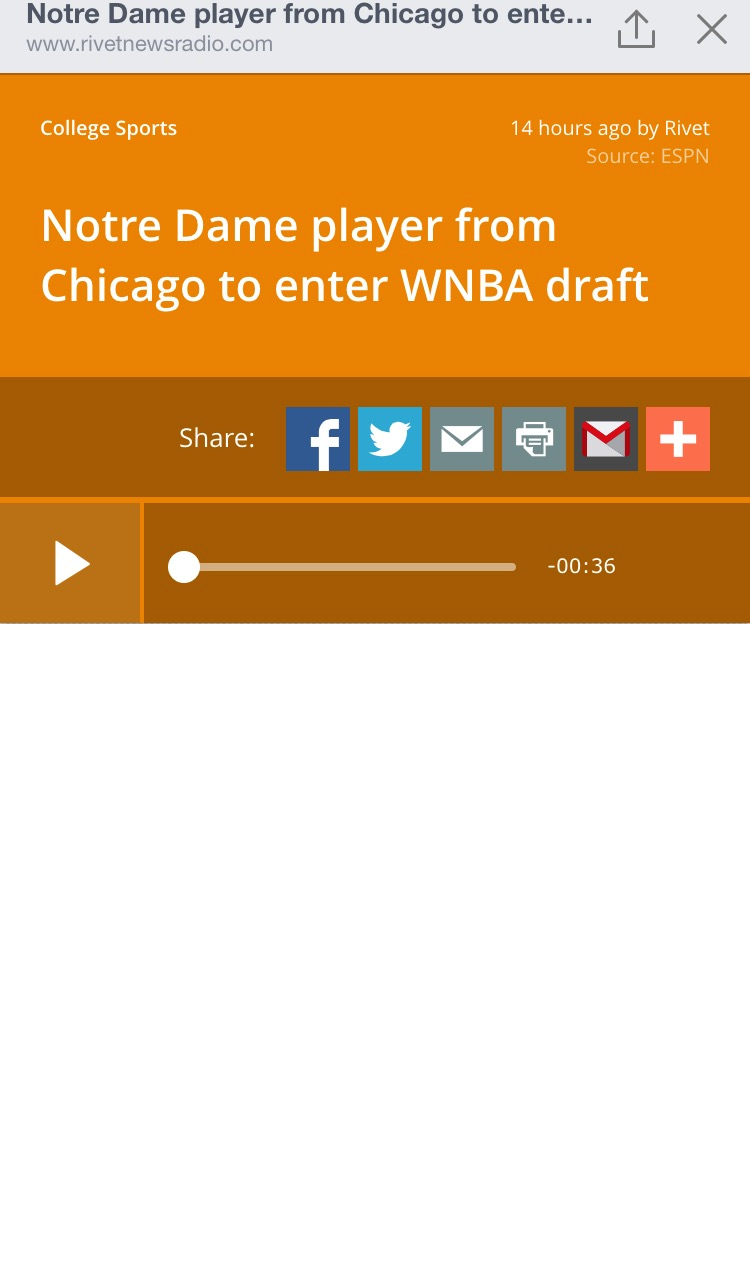 Wednesday's SportsNationW WNBA draft poll has two players who declared early, Notre Dame's Jewell Loyd and Minnesota's Amanda Zahui B., going neck to neck for who should be the No.1 pick in tomorrow's draft.

Loyd, a junior, has 55 percent of the vote while Zahui B., a sophomore, has 45 percent. Either way, it will be Seattle Storm and Tulsa Shock going for the big draft-day decisions.
Tulsa could match Loyd with its other guard, Notre Dame alum and media-friendly star Skylar Diggins.

Who else is on the radar?

If Seattle picks Loyd with the first overall pick, according to the Hartford Courant, the Connecticut Sun could take Mosqueda-Lewis or Duke center Elizabeth Williams.

Good luck to all the ladies tomorrow! Be sure to click the radio story I wrote about Chicago star Jewell Loyd for Rivet Radio.